At this point, what hasn’t already been said about Google’s latest Pixel offerings? Reviewers far and wide have been criticizing the company for missing the opportunity to dethrone the iPhone with a truly excellent and pure Android experience both inside and out. After using the phone exclusively for the past 10 days, there is a lot to like about the device, but I can’t help feeling that some conscious choices made by the company in this release, leaves this Pixel device feeling a lot less innovative and more iterative and sadly this dampens the overall appeal of an otherwise excellent smartphone.

Let’s start with the hardware, this year Google finally got that premium handset design motif right, the phone looks and feels premium with its all gorilla glass 5 and matte aluminum side finish that looks great. There is a new square camera housing that features not one but two cameras (more on that later) and this year we have a near perfect 6.3-inch notchless AMOLED screen with an ultra sharp 19:9 aspect ratio and 3040 x 1440 resolution plus a new 90-Hz refresh rate for buttery smooth navigation and scrolling. Also, of note is that the screen is HDR certified and new this year is Google own Ambient EQ which like Apple’s True Tone technology, will adjust the color and brightness of your display depending on the ambient environment. Unfortunately, though screen brightness, while quite suitable for indoors, is noticeably dimmer than other offerings on the market offering just a measly 418 nits in our testing which means users will struggle in bright sunlight.

The screen also now has a larger forehead or monobrow, however, this is because Google has packed some serious future proof technology into it, including their own Face ID sensor which is superiorily fast and even a radar sensor with Google’s Project Soli to recognize gestures. Swipe your hand in front of the Pixel 4 XL and you can control music playback on an app like YouTube or even snooze an alarm. As Google has removed the fingerprint sensor this year, Motion Sense team ups with facial unlocking and can detect when you’re reaching for your phone. That way, your phone wakes up and is ready to be unlocked once you scan your face. While motion sense is still in its infancy, it does work about 80% of the time well, however it does feel like a gimmick right now and needs more time to mature. Could this have been added to the device just to sell more units? Or, with future software updates, is Google keeping some soli secrets up their sleeve? One’s mind does wonder.

Performance wise, the Pixel 4 XL does not disappoint with its Snapdragon 855 processor paired with an increased 6gb of RAM, 64gb or 128gb of storage and Google’s own Titan-M security module and Pixel Neural and AR Cores. The phone also runs pure stock Android 10 and simply flies through any task you throw at it. Fortunately, Google also seems to have fixed its poor RAM management in last years model and managed to finally crack quadruple digits on the multi score Geekbench benchmark scores. One area we would like to see improvement though is in the base storage options, 64gb simply does not cut it in 2019 specially for a starting Canadian price of $1,129 when other phone makers are offering a lot more for less. However, consumers do also get 3 years of guaranteed OS and security updates plus a new Google Assistant that’s even smarter than before. Not only has Google moved the Assistant’s language processing now to be on the device itself, this translates into a much faster and more secure digital assistant. 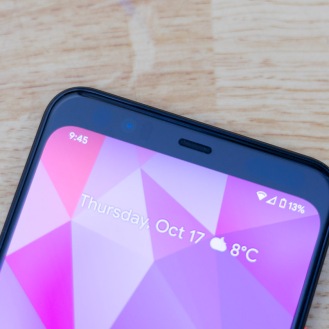 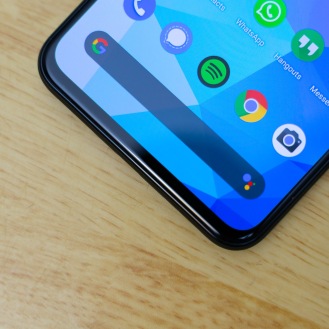 The Pixel also brings some welcome favorites back into the fold including IP68 dust and water resistance and a stereo speaker arrangement like the one found on the Pixel 3a, where the earpiece doubles as a speaker and is paired with bottom firing speakers. This setup produces impressively loud output that is also well balanced compared to last years’ Pixel 3, it also distorts less at higher volumes and all in all is a joy to consume media on. It is also worth noting that while there is no headphone jack (R.I.P), the phone does have Bluetooth 5.0+LE and supports SBC, AAC, aptX, aptXHD, and LDAC codecs. Speaking of connectivity, Google has outfitted the new pixels with Wi-Fi 2.4 GHz + 5 GHz 802.11 a/b/g/n/ac 2×2 MIMO as well as NFC and is powered by a 3700Mah battery with Qi wireless charging and 18-watt quick charge capability. Here too though, we do see some unfortunate compromises. Sure, Google did unlock wireless charging, so you don’t have to spend $100 plus on a Pixel stand but an 18w charger is sadly inept compared to offerings from the likes of Samsung and Oneplus, Google looks like they are taking a page from Apple on this one. Battery life however, has been quite solid on our review unit, generally lasting a day to a day and a half with about 5.5 hours of screen on time which is slightly better than last year.

Finally, is the camera, now we are no photography experts, we are in the point and shoot auto mode category when it comes to our snaps, however, Google botched this one. For the first time, we have a dual camera setup with a 12.2-MP main lens with an f/1.7 aperture, augmented by a 16-MP telephoto lens with an f/2.4 aperture. That latter camera is capable of a 2x optical zoom. Super Res Zoom is also back which uses computational photography to fill in the details when you zoom in for a closeup shot and with the new telephoto lens, you can get an impressive 8x digital zoom without a lot less loss in image quality. New this year as well, is Live HDR+ which processes optimized photos in real time, so you can see what they look like in the phone’s viewfinder before you shoot and AI-powered white balance to improve image colors, particularly when the lighting gets challenging.

On paper, this all looks great but why oh why Google did you opt for a redundant telephoto lens and not a wide-angle lens when you already have the Super Res Zoom software smarts?? It just seems like the crew behind the camera were not using their heads on this one and while it is nice to have a clear zoom capability, we just don’t think people will use it all that much. Quality wise, Google continues its tradition of being the best point and shoot camera on the market with some welcome improvements to white balance, sharpness and night sight mean photos look exceptional. There is also an astrophotography option which can take some phenomenal shots of the planet and stars.

Lastly, the front facing camera, while now only one lens (why Google?) is sufficient but not industry leading and is slightly wider for better group shots. Video though, is still just adequate, while stabilized quite well, why Google removed the 4k 60fps option again is a baffling omission and does hamper the capability of the camera on this phone, especially considering Apple’s dominance in this area.

To conclude, Google in their quest for smartphone domination have made some impressive strides forward with a better display, speakers, face ID and radar smarts plus new camera technology and great all-round performance but some of the omissions this year also means that in some ways they are taking a few steps back. While none of them are deal breakers and more head scratches, we can’t help but think how much more successful the new Pixel 4 lineup would have been if hardware choices especially were more considered. The Pixel 4 remains the best Android experience one can have even in late 2019 and we remain optimistic about the future of their smartphone division.

The Pixel 4 XL is on sale now at the Google store and carrier stores!