As humans, we are creatures of habit and tend to gravitate toward the things that we know and are comfortable with, however, with this ignorance, it is easy to miss something that is not only better value, well-made but also feature rich. This is the unfortunate story with Google’s latest smartphone offering the Pixel 3, not only it is more refined it is simply the best Android smartphone experience you can have in 2018 but will it win over the loyal crowd?

To put it bluntly, last year’s Pixel 2 was an inconsistent mess of design and hardware follies that sadly left a bad taste in consumers mouths, even though it had the best smartphone camera of 2017 on board. This year, Google themselves, have had complete control from start to finish over the design and production process and have brought some welcome improvements that all start with the design.

Sandwiched between their consistent two-tone design, the Pixel 3 and 3 XL come in three distinct colors and feature a beautiful 5.5 inch, or 6.3-inch OLED screen flanked with noticeably louder front facing stereo speakers (40% louder in fact) all covered with Gorilla Glass 5. The rear of the phone has been upgraded too, from a bland metal unibody to an etched glass finish to allow for wireless quick charging. With its glossy sides for contrast, you will find the power button on the right edge with the volume rocker below; a very accurate fingerprint scanner on the rear and a USB-C port on the bottom edge next to the SIM card tray. The Pixel 3 is also IP68 rated water resistant, meaning it should withstand up to 5 feet of water for a maximum of 30 minutes. To sum it all up, the design is understated and classy yet practical for the modern consumers needs and looks and feels great in the hand, all you could really ask for from a smartphone.

While we are on the topic of the screens, it is worth noting that the OLED screens on this year’s variants are a big step up from the messy panels of last year that were dull and arguably lifeless. Colors on the Pixel 3 and 3XL are much more uniform with better display tuning including increased saturation, superb inky blacks and overall better viewing angles. The Pixel 3 has a 5.5-inch display with 18:9 aspect ratio and 2,160 x 1,080 resolution and the 3 XL has a 6.3-inch screen with 18.5:9 aspect ratio and 2,960 x 1,440 resolution, both also support HDR content. Now, perhaps the elephant in every room, if you have read the reviews of the Pixel 3 XL, is its notch. I am not going to bash it any more than it already has been, but I will say this – who cares!! Every smartphone made in 2018 is notched, big or small, we just need to embrace them and move on, in no way does it hinder the experience of using the phone so can we just be done with this conversation now? Good.

Powering the new Pixel line is the powerful and efficient Snapdragon 845 and 4gb of RAM, while there are other smartphone makers pumping 6 or 8 gigs of memory into their devices, none of them are as optimized as the Pixel is and for some context, remember that up until the iPhone 8, they too operated fine with a measly 2gb of RAM, so don’t let the spec sheet determine your purchase. The Pixel is optimized for performance and it is speedy, smooth and very responsive, often opening apps in a fraction of a second and often in real world usage, faster than our iPhone Xs. This could be in part thanks to Android Pie which brings a slew of A.I enhanced features that take this smartphone to truly the next level and it all starts with that gorgeous camera. 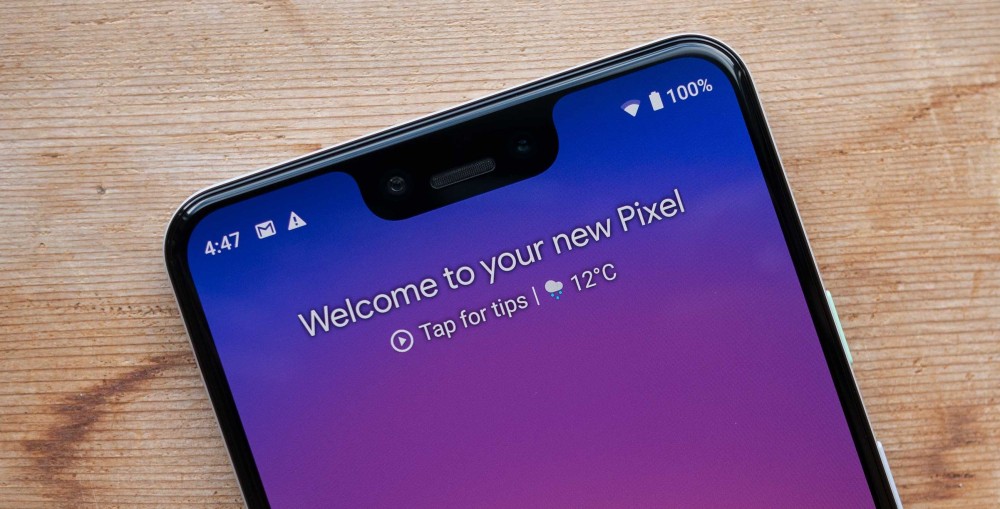 On paper, the Pixel 3 and 3XL feature the exact same 12.2-megapixel rear cameras with f/1.8 aperture, and optical (OIS) and electronic image stabilization. While on the front, there are two selfie cameras, each with 8-megapixels. One is your atypical 75-degree angle lens with f/1.8 aperture and the other one is a wider-angle lens with a 97-degree field of view and f/2.2 aperture. We have seen this set up before on the Sony Xperia line with its dual front facing cameras but the ability to set how far away you want to take that epic selfie is just awesome and a feature all smartphone makers should adopt moving into 2019.

The real dark magic that Google uses to produce simply stunning photos really comes from its AI and machine learning algorithms it uses to enhance photos. Along with fan favorite portrait mode, there is also some welcome new additions this year like Top Shot, that allows users to select the best shot from batch of alternate shots taken when the shutter button was pushed; Super Res Zoom, that can stabilize and crisp up a digitally zoomed shot for quality as good as a dedicated zoom lens. Then there is Photobooth, which will snap a photo when a smile is detected which is like the Motion Auto Focus function that can track a moving subject like children or pets for picture perfect focus always. Lastly, Google’s own answer the Huawei P20’s night mode is Night Sight. This stunning feature is a game changer for the already stellar Pixel camera. It works by snapping multiple several second long exposures and then combining those images into a single shot. To put it simply, this will draw in all available light sources into low light shots and simply illuminate them. It is not without its caveats like not working that well with moving subjects and obvious lesser detail but to turn a darkened image into something usable is unfathomable and must be seen to believed.

The machine learning A.I is not just exclusive to the camera, it is also embedded in the Android 9 operating system. Along with aesthetic changes like embracing material design, new gesture-based navigation and the return of the squeeze to activate Google assistant, you also get welcome new features like Adaptive battery and screen brightness that will optimize usage based on the users’ consumption patterns. Lastly, the most interesting new feature has to be Call Screen. This is where the embedded Google Assistant will literally screen your calls and engage vocally with robo-callers all the while transcribing their message for you to evaluate whether they are worth talking to or not, just don’t use it on your mum or girlfriend, they were not impressed in our testing.

Also, of note is Digital Wellbeing, a feature that allows users to track their smartphone usage, coupled with Wind Down which is designed to help you get better sleep by turning the entire Android UI grayscale and turning on Do Not Disturb Mode. Lastly, if all else fails, you can simply disconnect from your phone with Flip to Shhh, which is pretty self-explanatory.

Finally, battery life. The Pixel 3’s has a 2,915 mAh battery that’s eight percent larger than the Pixel 2 and the 3 XL has a 3,430 mAh battery that’s 2.5 percent smaller than the 2 XL. While the Qualcomm chip is said to be more power efficient, both devices sadly share very similar battery with about 14-16 hours of usage before needing a plug in with approximately 4 hours of screen on time for the smaller Pixel 3 and about 5.5 to 6 hours for the 3 XL. This is helped in-part by the bundled USB-C quick charger and even more impressive Wireless fast charging Pixel stand (not included).

To conclude, the Pixel 3 is best evaluated by seeing it as more than just a sum of its parts, there is simply a lot to like here. While some of these features are still in their infancy, they still work exceptionally well and can only get better over time with software updates. Google have managed to do what many other Android phone makers have not, prove that innovation doesn’t have to mean more expensive hardware because without good software, your phone will never fulfil its function as a multimedia and communications tool. If you are in the market for a new device this festive season, don’t be a sheep, move to the beat of your own drum and try something new, something better – the Google Pixel 3 and 3XL.